Home › Dance › A Plague of Lies by Judith Rock

A Plague of Lies by Judith Rock

A fan of historical mysteries would not usually be a description that would fit me.  But Judith Rock’s Charles Du Luc novels are definitely worth every word.  Judith Rock has been a major part of the life of SDG.  I met her at my first Festival in 1983 when she was a presenter.  Most recently she did workshops for our 50th Anniversary Festival in 2008.  Before “Interplay”, Judith, Cynthia Winton Henry and Phil Porter danced as “Body and Soul”.

For her Ph.D. dissertation from the Graduate Theological Union in Berkeley, California she lived for a year in Paris and wrote about the seventeenth and eighteenth century ballets produced at the Paris Jesuit College of Louis le Grand.

All of this resear 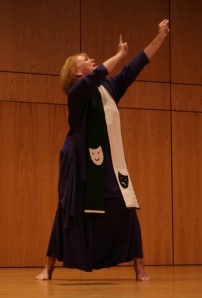 ch and knowledge goes into her writing.  I just finished her third book, A Plague of Lies (the first two are The Rhetoric of Death and The Eloquence of Blood).  All of them feature Charles du Luc, an ex-soldier turned Jesuit, who teaches rhetoric at the College of Louis le Grand, and directs the dances in the school’s twice yearly ballet and tragedy performances.  Being immersed in seventeenth century Paris with murders, dancing and intrigue combine to make these books hard to put down.  A fourth, The Whispering of Bones is due out in November.

2 comments on “A Plague of Lies by Judith Rock”